“Women need to be at the centre of global decision-making and have a seat at the table. We need to pay special focus to older persons and women and girls living with disability, who can easily be forgotten in the recovery.”
Maimunah Mohd Sharif,
Under-Secretary-General of the United Nations and Executive Director of UN-Habitat
“As identified in our UCLG Decalogue for the Post COVID-19 era, we know well that the sacrifices that we are asking from this and future generations need to lead to more just and equality driven societies where we take care of each other.”
Thembisile Nkadimeng,
Mayor of Polokwane and UCLG Co-President
“It is critical to commit to the global agendas in the recovery, we cannot allow priorities to shift and consider the SDGs and the New Urban Agenda as accessories.”
Emilia Saiz,
UCLG Secretary General
Previous
Next
Previous
Next
Play Video 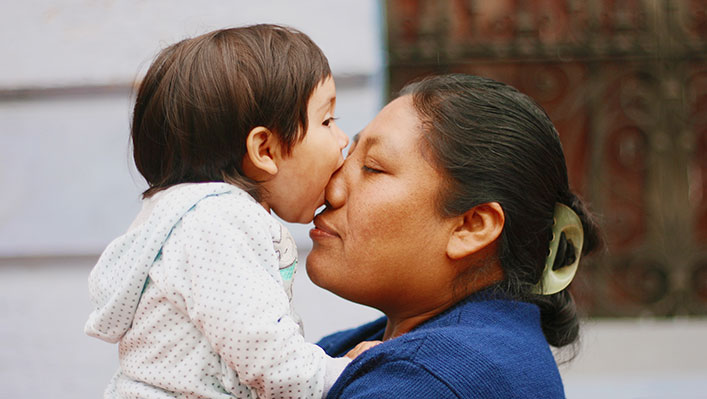 The already precarious livelihoods of women around the world are now worsening. The current pandemic has widened the gender gap even further, bringing to the surface the inequalities and the vulnerability suffered by women in the private and public spheres. According to the World Health Organization, the risk of domestic violence for women is increasing, often exacerbated by precarious housing and confinement conditions. Data shows that the burden placed on women to look after family members and execute household chores has also increased during the crisis. And yet, women represent the bulk of the often underpaid and undervalued health and care systems workforce, not to mention they are at the frontlines of other basic services, facing the unprecedented challenges head-on. Women are playing a critical role in neighborhoods’ cohesion and solidarity efforts, keeping us together and safe, while still facing gender-based violence, oppression, and discrimination.

Some countries have reported an increase of up to 60% in emergency calls related to domestic violence during the pandemic.

In developing economies, 70% of female employment is in the informal sector, making them particularly vulnerable to the economic crisis the pandemic has triggered.

There is a consensus that local government responses should focus not only on immediately curbing the effects of the pandemic on gender equality, but rather on a system change approach to address pre-existing issues. The most pressing challenges lie in including women in the formal labor market, which includes providing affordable and effective child care solutions; addressing gender violence; and guaranteeing the safety of workers in the health care sector, given that women provide a large portion of health services. 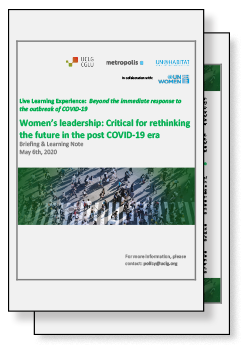 There is an urgent need to promote a new governance model that includes women in the decision-making table across all sectors of society. Women should be involved in shaping the policies to respond to the crisis and empowered to make them last beyond the outbreak. Innovative solutions to support with child or elderly care could be provided from a city level, but active female participation in leadership roles is necessary for this to happen.

Here is Barcelona’s approach to a more human-centric, inclusive social-economic model as a response to the crisis

Here is Barcelona’s approach to a more human-centric, inclusive social-economic model as a response to the crisis

Learn more about other responses and initiatives in terms of Women’s Leadership: 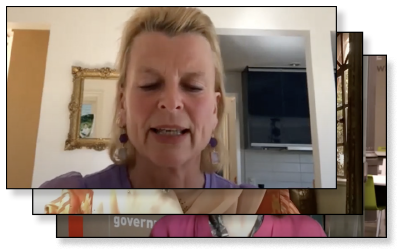 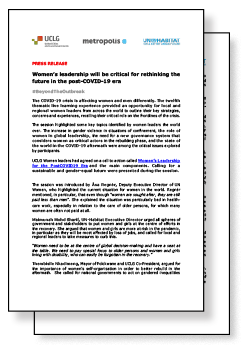 The pandemic has unexpectedly put a spotlight on female leadership values. National and local female leaders are being praised for their transparency, direct communication on the need to develop inter-governmental dialogues, and for an inclusive approach to vulnerable communities. As these values have proven essential in the current scenario they will hopefully prevail in the aftermath of the crisis. 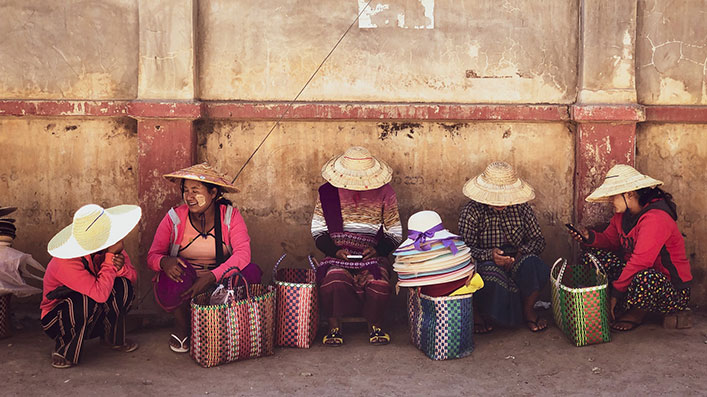 “The time has come to place an equality framework in urban planning, in legislation and development. Time has come to ensure full inclusion, full participation of women and girls in politics and the social fabric of cities and regions.”

For further information on the topic of Women’s Leadership and its impact on cities and regions, please refer to the related resources included below.