"Food should no longer be exclusively an issue of supermarkets, but rather an issue that is addressed with people at the centre. Eating is a cultural process, which we must develop by being aware of and strengthening the bond with our producers."
Joan Ribó,
Mayor of Valencia
"All of our responses has to be based around rights, to food, women’s rights, and come to interconnected approaches. This pandemic is hitting the whole of food systems. We need an integrated and holistic approach to food and build new relationships with nature."
Marcela Villarreal,
Director, Partnerships Division, FAO
"Food systems are a very important matter that we don’t talk very often about in major policy fora. Particularly in face of the pandemic, there are many difficulties of food accessibility no matter if Global South or North. We need to make this topic a priority."
Emilia Saiz,
UCLG Secretary General
Previous
Next
Previous
Next
Play Video 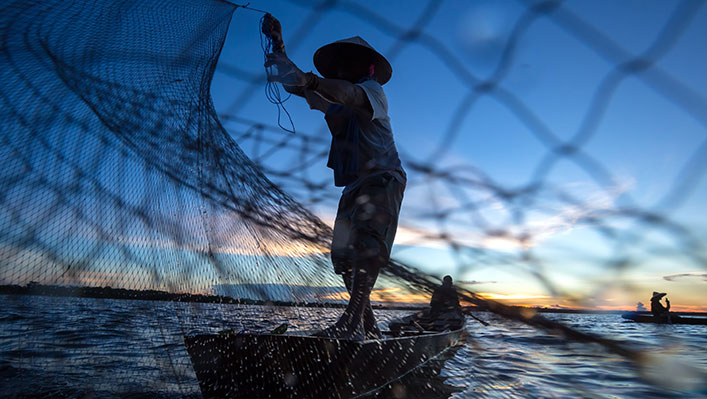 The world faces the huge challenge of improving food systems and guaranteeing food security and healthy food for all. On the one hand, world hunger has started to increase since 2015, after many decades of decline. On the other, overweight, obesity and the chronic health issues related to these conditions continue to increase worldwide. According to the UN, “hunger and malnutrition are the biggest risks to health worldwide — greater than AIDS, malaria and tuberculosis combined.” The issue is particularly dramatic in Africa, where undernourishment affects almost 20% of the population, but malnutrition in other developing regions, such as Latin America and Western Asia, is also increasing.

The pandemic has only exacerbated the food crisis, with poorer and more isolated communities having access only to worse quality food, shedding light on the weaknesses of our food production and distribution systems. Large parts of the population have seen their access to quality food worsened. The transformation of the food system, and the role of territories in it, is taking hold in the urban era and even more so in the pandemic. While this is a global issue that requires coordination of multiple stakeholders at all government levels, local and regional governments are key actors in guaranteeing food democracy, particularly to the most vulnerable communities. Food production and distribution should not attend exclusively to market interests, but rather be centered on citizens’ needs in terms of nutrition and well-being. While the pandemic asks for urgent responses for immediate food shortage issues, this is also the time to re-think our food systems and work towards a more equitable and universal distribution of food along with the promotion of healthier eating habits.

An estimated 821 million people in the world suffered from hunger in 2018.

It is estimated that over 2 billion people do not have regular access to safe, nutritious and sufficient food worldwide.

As the COVID-19 outbreak has exacerbated the food crisis worldwide, local authorities must take a more active role in addressing the issue, as we should move from seeing cities as consumers of food and turning them into real actors in the production system. As cities aim to become more sustainable, rethinking the way in which urbanizations manage food production and distribution will be a key challenge that will need to be addressed for an environmental and a health perspective. During the pandemic, cities face the challenge of ensuring the proper infrastructure to maintain food production and distribution, while promoting health measures to protect those involved in these activities. They must also be aware of how isolation measures impact access to food – many children, for instance, rely on meals provided by their schools, which could be shut down for months. In the aftermath of the crisis, when many vulnerable communities will face the impact of the economic downfall caused by the outbreak, cities will need to revisit their policies to make sure that all citizens have access to nutritious, healthy food. This could be addressed in the form of food tickets for poorer families or cash-based transfers that guarantee the means for families to purchase basic goods. 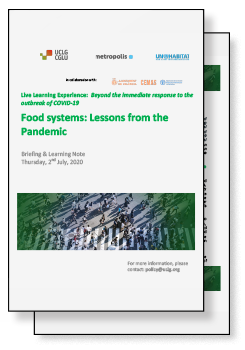 LLE participants noted that, during and after the pandemic, local and regional governments must have data on citizens’ eating habits in order to create specific policies and programs to respond to their needs. Cities and regions must also meet the needs of small food producers and make sure that they can carry on with their activities, as they are an important source of food supply for the population and also to ensure their income during the crisis. Overwhelmed with exceptional expenditures to address the many urban issues that have risen with the health crisis, local and regional governments will also need funds to ensure access to basic goods such as food to all citizens. The World Food Program has issued a call for US$ 4,9 billion in funding for governments, the largest mobilization in the organization’s history.

Gennevilliers is implementing measures such as a food ticket for modest families, and trying to ensure access to quality food for families without resources

ICLEI Africa has created the African CITYFOOD month an initiative in conjunction with FAO and the RUAF to highlight diverse, innovative and evolving African urban food systems

Learn how Valencia is promoting the extension of canteen grants during confinement, and food education initiatives

Gennevilliers is implementing measures such as a food ticket for modest families, and trying to ensure access to quality food for families without resources

ICLEI Africa has created the African CITYFOOD month an initiative in conjunction with FAO and the RUAF to highlight diverse, innovative and evolving African urban food systems

Learn how Valencia is promoting the extension of canteen grants during confinement, and food education initiatives

Learn more about other responses and initiatives in terms of Food Systems: 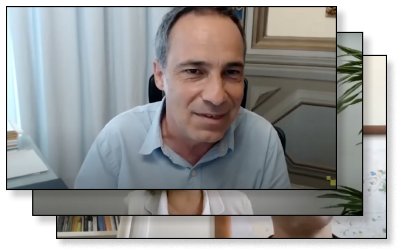 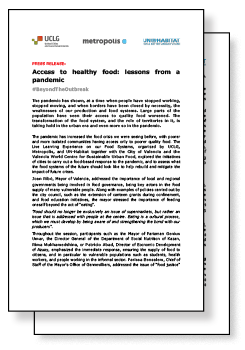 Having suffered an immediate hit with the isolation measures imposed with the COVID-19 outbreak, many food producers, distributors and restaurants are collaborating to find innovative solutions to reach consumers. In the Netherlands, for instance, a local market partnered with an online tool to create “The Food Box”, where consumers can order directly from local farmers – who were badly hit as restaurants had to shut down – and get fresh local food. Belgium markets have taken a similar approach, using digital tools to facilitate online purchase in a click-and-collect model. Local authorities should take note of how civil society and the private sector are responding to the crisis as some of these initiatives could be long lasting solutions to promote a more sustainable approach to food systems. 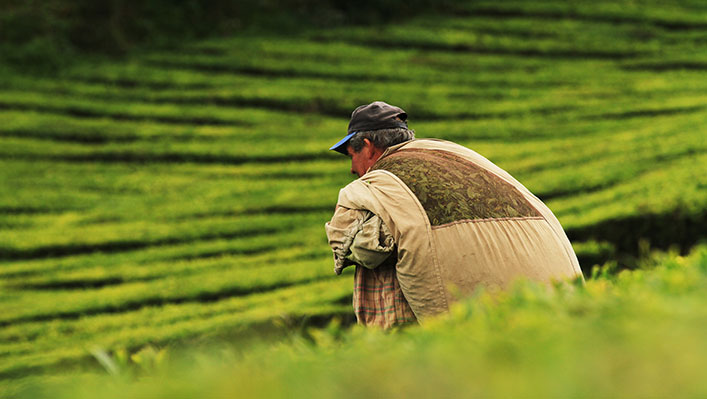 “A territorial approach to food systems should guarantee not only security but also greater sustainability models in which many small producers and small processors, respectful of the environment, would restore life to our territories and encourage job creation and local development.”

For further information on the topic of Food Systems and its impact on cities and regions, please refer to the related resources included below.