“It is painfully visible how fragile and vulnerable communities are. We need to gather the knowledge that we are putting together around this topic, we need to be creative, and we as UCLG, UN-Habitat and Metropolis, need to contribute to develop a strong security agenda.”
Emilia Saiz,
UCLG Secretary General
“There can be no sustainable development without safety, and likewise no safety without sustainable development.”
Maimunah Mohd Sharif,
Under Secretary General of the United Nations and Executive Director of UN-Habitat
“Vulnerabilities and exclusion, including gender-based violence, have worsened in the context of COVID. It is key that we promote multilevel and multistakeholder alliances to achieve sustainable urban development, consider these vulnerabilities, and protect human rights.”
Martha Delgado,
Mexico’s Vice Minister for Multilateral Affairs and International Relations, President of the UN-Habitat Assembly
Previous
Next
Previous
Next
Play Video 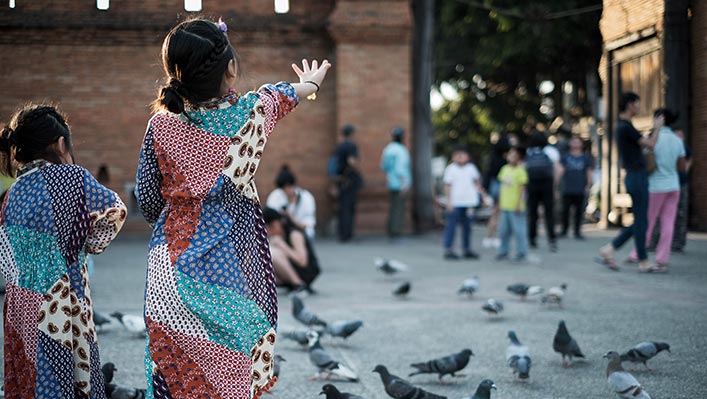 Making cities safe is one of the key aspirations reflected in the goal 11 of the SDGs (“Sustainable Cities and Communities”). Sustainable cities are only possible if all citizens are able to live, work and participate in urban life without fear of violence and intimidation  a condition that is even more relevant for vulnerable groups such as women and girls, children and youth, persons with disability and the elderly. While there is much evidence in terms of what types of policies could improve safety in cities, local authorities often face a lack of the required financial resources to put them into practice.

The COVID-19 outbreak has cast a harsh light on inequalities and social distress in cities across the globe and the urgent need to improve safety in urban areas. There has been a reported spike in domestic violence, in civil unrest and other crimes as movement restrictions, loss of income, isolation, high levels of stress and anxiety have created tensions and strains at home. Additionally, many governments that imposed security forces to enforce COVID-19 regulations have seen a spike in racial profiling and police brutality, leading to a mistrust in many public institutions, including security forces. A multilevel governance is needed to achieve safer cities for all inhabitants, and to ensure that trust is regained between institutions and communities. Urban safety and security strategies should be human rights-based, putting the most vulnerable population at the center and actively promoting a culture of lawfulness. Only through this approach will we build a cohesive, inclusive and more equal society.

82% of victims of lethal violence are killed in homes, towns, cities and countries that are ostensibly “at peace.”

Addressing domestic violence during the pandemic is one of the main challenges being faced by local and regional governments. The spike in gender violence as isolation measures are imposed – some countries have reported an increase of up to 60% in emergency calls related to domestic violence during the pandemic – requires urgent measures, but the challenge of putting in place a long-term strategy that protects women is equally important in the aftermath of the crisis. As the health crisis still requires many citizens to isolate – depriving many of them of access to income – and unemployment rates have skyrocketed in many regions (in the U.S. for instance, in went form 3,6 in January 2020 to 14,7 in April), cities will certainly see an increase in poverty and inequality, which is likely to result in higher crime rates and potentially violent riots. Finally, given some episodes of police brutality, many local governments also face the challenge of rebuilding the trust in security forces and make sure that citizens see them as allies in the construction of a safer community.

Learn more about the challenges being faced by cities and regions: 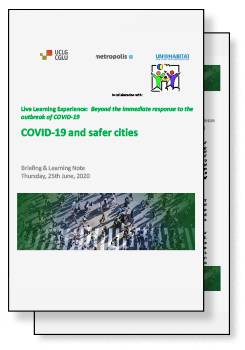 Local and regional governments need to promote dialogue among and with communities as a key step to build a safer urban environment. By interacting with public institutions in a transparent and open way, citizens will not only help co-create solutions that effectively address local security issues, but will also build trust in these institutions, promoting inclusion and participation. Local authorities need to coordinate efforts with national and subnational leaders to develop effective security strategies. They also need to make sure that the strategy is build bottom-up and make constant updates to respond to an ever-changing reality at the local level. Cities also need to make sure to put a special focus on most vulnerable communities, using data to optimize security-related polices and initiatives that will provide safety for those who are most at risk. Finally, cities need the resources to put in practice an effective security strategy, particularly given the risk of increase in violence rates as inequality levels are on the rise.

Bogota is relying in ensuring the wellbeing of citizens and promoting trust to build safer and more cohesive communities.

Bukavu has been training the police in community dialogue approaches and working on strategies to curb civil insecurity.

Learn how Oakland City has been implementing a community-driven approach to public safety and violence prevention with an important input from communities.

Learn more about other responses and initiatives in terms of Security: 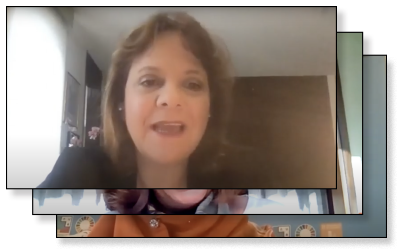 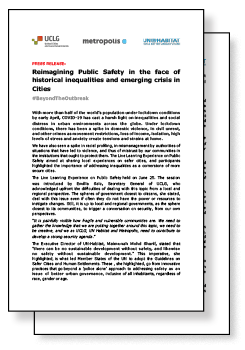 As cities are trying to find ways to impose health measures and as social unrest begins to spur due to a rise in poverty and inequality worldwide, we are starting to see more episodes of police violence, which is eroding a relationship between security authorities and the community that, in many places, was already weak and this, in trust, is causing a mistrust between governments and communities. Promoting trust of the population in law enforcement institutions will be key if we want to build safer, inclusive and more cohesive societies. Many participants, including Franz Vanderschueren, Director of Urban Safety, Universidad Alberto Hurtado in Chile, talked about the importance of promoting a better interaction between the police and civil society. Training the police force, something that is being done in the municipality of Bukavu for instance, is a key step to promote a transparent dialogue and improve daily interactions between the population and the local police. Oakland city has also been implementing a community-driven approach to public safety; it has been rethinking the role of the police, considering considering cutting police budgets and enhancing social programmes. Finally, Bogota is also working closely with the community to provide economic security as a crucial pillar to urban safety as less inequality means safer streets. 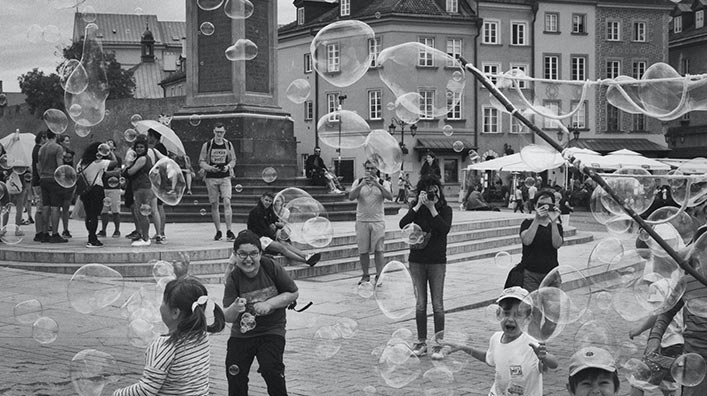 “Human and civil rights need to continue being the cornerstones of our societies world-wide. It is essential to ensure that the recovery is done with the more vulnerable populations in mind, and not against them, by tackling false narratives and guaranteeing a rights-based approach to the aftermath of the pandemic.”

For further information on the topic of Security and its impact in cities and regions, please refer to the related resources included below.